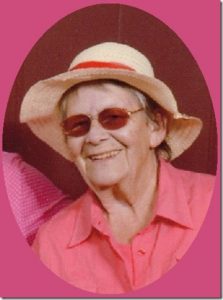 Judith Ann “Judi” Householder, age 82, of Keokuk, IA, departed this life and was welcomed into Heaven by her Lord and Savior on Friday, February 7, 2020 at 12:29 a.m. She had been a patient at Blessing Hospital since Sunday.

She was born December 31, 1937 in Palmyra, MO, a daughter of Frank Leslie and Eunice Rife Huston, and laughingly told everyone if she had waited one half hour to enter this earth she’d be a year younger!

She was a prayer warrior and firmly believed you needed to show kindness and love everyone.

You might be entertaining Angels unaware was her motto.

She was preceded in death by her husband, Cleve Householder; her parents;  a son, Kevin Wayne Tate; a sister, Shirley Huston; brother, Les Huston; and brother-in-law, Ronald Roof.

Judi moved to Iowa in June of 2014 following her retirement to be near her family.  She had been a case worker with the State of Nevada Child Support Recovery Services up until that time.

As per her wishes, she has been cremated.  A private family interment will be held at a later date.

The family was assisted by Wilson Funeral Home in Kahoka.