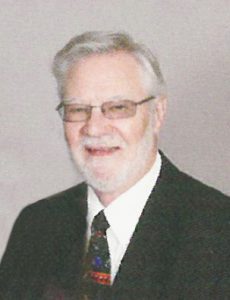 He was born September 20, 1942 in Lucas County, IA the son of Howard and Lillian Bay Swainey.

He first married Karen Trumbo and they later divorced.

He is also survived by two sisters, Rosemary Swainey of Chariton, IA and Rebecca Swainey of Indianola, IA.

He was preceded in death by his parents, a daughter, Kerry Varner and a brother David Swainey.

Gary worked for Hy-Vee for thirty years, moving to Keokuk in 1975 to open the new store where he worked as a manager until 1986.

He then became vice-president of McFarlands-Swan in Keokuk where he worked until his retirement in 2020.

Gary was an active member of First Christian Church Disciples of Christ in Keokuk where he was an Elder Emeritus.

He was also a member of the Keokuk Elks Lodge and the Keokuk Rotary Club.

He was an avid Hawkeye basketball and football fan and an enthusiastic St Louis Cardinal baseball fan.

He loved watching and going to Iowa football games and also enjoyed gardening, and golfing.

He was an avid collector.

Gary was a loving husband, the best father and grandfather and was happiest when he was surrounded by his family.

Visitation will be held after 1 p.m., Sunday (September 27)  at the Vigen Memorial Home in Keokuk with the family meeting with friends from 5 – 7 p.m.

Social distancing requirements will be in place and masks are strongly encouraged.

A private family funeral service will be held.

Memorials may be made to St. Jude Children’s Hospital.