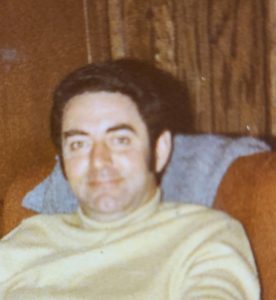 He graduated from Memphis High School and married Bessie Ludwick with whom he had five children: Gloria, Theresa, Steven, Kevin and Monica. Don later married Mary Maxine Downing in 2004 and she survives.

Later, he began a career with MFA Incorporated in Kahoka; becoming manager of the facility.

He eventually became the owner of Ball Fertilizer and retired a successful businessman, not bad for a barefoot boy.

Every morning like clockwork, he would meet his “cronies” at the diner to shoot the breeze and enjoy coffee.

In addition to his wife, Maxine, Don leaves a legacy of three grandchildren; Hillary Hyde, Trevor Hyde and Tara Nixon as well as one great grandson; Elliot Hahn.

Also surviving are three brothers; James, Joe, Richard and Bob, a sister; Marcine and by several nieces and nephews.

Don leaves a place in all of our hearts.

Besides his parents, Don was preceded in death by a grandson; Alex, a sister; Jean and by a niece; Karen.

Graveside services honoring the life of Don will be conducted at 2:00 pm on Wednesday, November 18, 2020 at Brock Cemetery in rural Memphis.

Visitation will be held from 10:00 am until 12:00 pm on Wednesday at the Wilson & Triplett Funeral Home in Kahoka.

Memorial contributions in memory of Don are suggested to the Christian Church of Kahoka.

You are invited to share your memories of Don and leave a condolence at www.wilsontriplett.com.