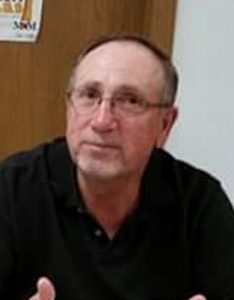 He was born on September 27, 1948 in Keokuk, IA, the son of William Earl and Dorothy Mae Brownlee Conover.

On August 31, 1966 he was united in marriage to Janice “Peggy” Mortimer in Memphis, MO.  She survives.

He was preceded in death by his parents, three brothers, Earl Conover, Everett Conover and Joseph Conover, two sisters, Debbie Jamison and Beverly Conover and one niece, Lori Bollin.

Rocky had been employed by Flowers Bakery in Miami, FL until he moved back to the Clark County area.

He was then employed with Belmont Management for Kahoka Crossing Apartments for the past seven years.

Rocky was a jack of all trades and enjoyed tinkering with things.

He loved traveling and taking trips to visit his family.

A Gathering of Remembrance will be held from 1-5 p.m., Sunday, November 22 at the Alexandria Community Center in Alexandria, MO with family meeting with friends at that time.

The Vigen Memorial Home in Kahoka, MO is assisting the family with arrangements.

Online condolences may be sent to the family at www.vigenmemorialhome.