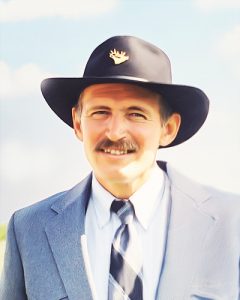 Stephen Lee Sherrill was born June 30, 1958 in Keokuk, Iowa, the son of Raymond and Letha Haage Sherrill. He married Linda Humes on November 10, 1979 in Wyaconda.

Stephen was a factory worker for 37 years at Griffin Wheel in Keokuk, Iowa.

He enjoyed fishing, hunting, and working on things he was tinkering with.

An avid farmer, Stephen also cherished the time he could spend with his grandkids and he loved being outdoors.

His two grandchildren: Maverick and Micheal Sherrill of Kahoka, MO, and 2 step-grandchildren; Havon and Adalyn Lay of Kahoka, will miss him dearly. Aunts Goldie (Bud) Laymon, of Revere, Marjorie Haage of Hamilton, Illinois, and Esther Justice, of Wyaconda, also survive.

He was preceded in death by his brother Kenneth Sherrill; his mother and father in-law, Alfred and Darlene Humes; nephew, Adam Seaver; and a niece, Mindy Humes; Aunts and Uncles; Edna and Joe Cooper, Esther and Floyd Nichols, Mary and George Beek, Mildred and Bob Symmonds, Joanne Ferguson, Stanley Haage, and Gary Justice.

Visitation for the public will be on Monday, November 30, from 12:00pm until 6:00pm, at Wilson & Triplett Funeral Home in Kahoka. *Please be aware that the family will not be present that day.*

Private Funeral services will be held with a cremation to follow. There will be an inurnment at a later date.

You are invited to share your memories of Stephen and leave a condolence at www.wilsontriplett.com.