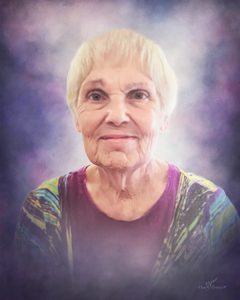 Margaret “Peggy” Lou Thorn, 78, of Alexandria, passed away unexpectedly at 7:30 am on Sunday, November 29, 2020 at Keokuk Area Hospital in Keokuk, Iowa.

She was born on March 30, 1942 in Carthage, Illinois, the daughter of the late Lee and Florence “Lucille” Wadden.

In 1995 Peggy married Jerry Thorn in Kahoka and he survives.

Peggy worked as an LPN for many years in the area.

Most recently she was an independent home health care nurse.

She will best be remembered as a thoughtful and helpful person; she truly cared about people.

She liked to volunteer her time at the senior citizens center.

Peggy was a charitable person who would give anyone help if they needed it.

She was active in the Christian Church of Kahoka.

Her and Jerry loved to go dancing.

When Peggy was not on the go, she enjoyed staying up late watching television.

She was preceded in death by her parents.

Funeral services honoring the life of Peggy will be conducted at 11:00 am on Friday, December 4, 2020 at the Wilson & Triplett Funeral Home in Kahoka.

Interment will follow at the Oakland Cemetery in Fort Madison, Iowa.

Visitation will be held from 10:00 am until the time of services on Friday.

Memorial contributions in memory of Peggy are suggested to the family.

You are invited to share your memories of Peggy and leave a condolence at www.wilsontriplett.com.