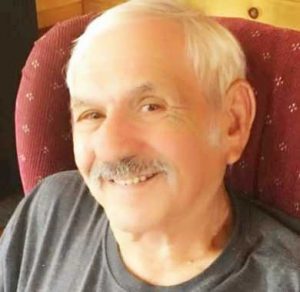 Joseph “Joe” Daniel Corvaia, 80, of Revere, Missouri, formerly of Keokuk, Iowa, passed away on Saturday, December 26, 2020, at his son’s home in Keokuk, surrounded by his family.

Joe was born on January 4, 1940, in Centerville, Iowa, the son of Dan and Opal Marie (Hart) Corvaia.

He was united in marriage to Sharon Sue Hartsock on April 16, 1966, in Keokuk.

Joe was a member of All Saints Catholic Church in Keokuk and attended Keokuk Catholic Schools, graduating from Keokuk High School in 1958.

He was employed with several companies during his working career, entering the Army in April 1963 and was Honorably discharged in April 1965.

He began work with Burlington Northern Railroad in 1972 retiring with 25 years of service as Foreman Head Welder.

Some of Joe’s hobbies included shooting pool, playing cards, managing his hobby farm, and visiting with everyone he met.

He loved his family dearly, and his grandchildren were the light of his life.

Other survivors include three great-grandchildren and many nieces, nephews and cousins.

Joe is preceded in death by his parents and his sister Josephine A. Corvaia.

A Funeral Mass will be held at 10 am on Thursday, December 31, 2020, at All Saints Catholic Church in Keokuk, with burial to follow at Keokuk National Cemetery.

Military honors will be rendered at the church by the American Legion Post #41 and the United States Army.

For the safety of those attending, masks and social distancing are required.

For those unable to attend, the Mass will be available for live-streaming at www.allsaintskeokuk.org/live.

A celebration of life will be held at a later date.

Memorials may be directed to St. Jude Children’s Research Hospital.