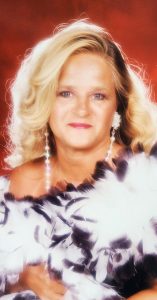 Shirley Jean Malone, 68, of La Belle, passed away peacefully at 6:05pm on Sunday, February 14, 2021 at Blessing Hospital in Quincy, Illinois.

Shirley is survived by her mother, three sons; Shawn (Ashley) Malone of Kahoka, Rex (Sandra) Malone, and David (April) Jones of  both of Keokuk; her siblings; Connie (Tom) Barnes of Kahoka, Joe (Nina) Gray of La Belle, Sandra (Ronnie) Ash of Kahoka, and Thersa Jefferson of Keokuk; her close friends Lorna and Rick Polley, as well as many grandchildren, nieces, and nephews.

Besides father and husband, Shirley was preceded in death by her grandparents; Thedore “Stub” & Grace Gray, and Gilbert & Leta Weber.

Funeral services honoring the life of Shirley Malone will be conducted at 1:00 pm on Saturday, February 20, 2021 at the Wilson & Triplett Funeral Home in Kahoka, MO.

Richard Burrell will officiate the service.

A visitation will be held on Friday from 5-7PM.

Memorial contributions in memory of Shirley are suggested to the La Belle Christian Church.

You are invited to share your memories of Shirley and leave a condolence at www.wilsontriplett.com.