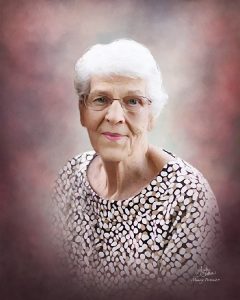 Georgia Kay Campbell, 78, of Canton, Missouri, passed away at 9:29 pm on February 22, 2021, at Hannibal Regional Hospital in Hannibal.

She was born December 9, 1942, at her family home in LaGrange, the daughter of the late George and Lorraine (Brose) Beilstein.

Kay married Jim Campbell at the LaGrange Presbyterian Church on April 8, 1962, he survives.

She was a 1961 graduate of LaGrange High School and attended one semester at the University of Missouri.

Kay worked many places in her life, starting with the Doc Airport, then going to Kresge’s to work in retail.

For a short time Kay worked at Art Craft drawing maps, and soon went to Leepers General Store to work as a clerk.

On top of her many different skills, she was a master in being Jim’s farm wife – driving tractors, trucks to Gregory Elevator, taking meals to the field, and helping where needed on the farm.

Kay was an avid collector, collecting stamps, quarters, buttons and much more.

She loved to travel, visiting many places, including Australia, New Zealand, Costa Rica, England, Scotland, Israel, Jordan and many others.

She was a 4-H leader in Kahoka, volunteered at Birthright, cared for many foster children, hosted numerous foreign exchange students, and taught bible study at Bluff Springs United Methodist Church, and later on at Cornerstone Church in Keokuk.

Kay’s favorite hobby was sewing – she could make baby blankets in no time, and patched jeans so well, a person could never tell.

She also enjoyed cooking and could prepare a meal out of nothing, which her family enjoyed and admired greatly.

Kay is preceded in death by her parents, a special cousin, Marge McDonald, and her in-laws, Eldon and Helen (Hoewing) Campbell.

Cremation rites will be accorded and a Celebration of Life Ceremony will be conducted at a later date.

Memorial contributions in Kay’s memory are suggested to the Shiloh Christian Children’s Ranch.

You are invited to share your memories of Kay and leave a condolence at www.wilsontriplett.com.