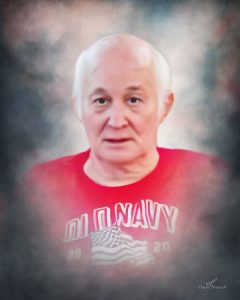 Fred was born on October 12, 1950, in Keokuk, the son of George Fredrick and Rebecca May (Toops) Buschling.

He was a graduate of Clark County High School in 1969.

He had a variety of old cars and trucks, but his favorite was his 35 Chevy pickup.

Fred was a member of the Southeast Iowa Antique Car Club out of Mt. Pleasant, Iowa.

Fred was a handy man, you could find him in his barn working on handmade furniture, his antique automobiles, or in the past, silver jewelry.

He and Kathy made many wonderful memories with their families, one that will be held dearly to all is the extended family trip to the World’s Fair in Knoxville, Tennessee.

Fred was an avid Wayland Historian, sharing his knowledge with many, including his fellow residents at the nursing home.

He will be greatly missed by his Shihpoo, Shophie.

A visitation was held Friday, April 23, from 6-8 PM at the Wilson and Triplett Funeral Home in Kahoka.

A funeral service was held Saturday, April 24, at 10 AM at the Wayland Methodist Church.

Burial followed in the Sand Cemetery.

Memorials contributions in Fred’s name were suggested to the Wayland Methodist Church and may be sent to the Wilson and Triplett Funeral Home.

You are invited to share your memories of Fred and leave a condolence at www.wilsontriplett.com.