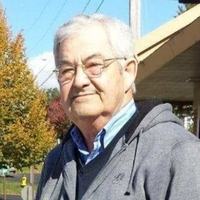 Larry was born on August 1, 1948 in Keokuk, Iowa, the son of Ralph and Rose Marie Toops Buschling.

Survivors include, his parents, Ralph and Rose Marie Buschling of Wayland; his wife of 51 years, Pamela (Isely) Buschling of Allison Park PA; one son, Brandon (Sam) Buschling and their daughter, Laurie, of Murfreesboro, TN; one daughter, Erin (John) Bushouse of Columbus, IN and their children, Katharine and Collin Brunette; a sister, Debra (Dennis) Alexander of Broomfield, CO; a brother, Randy (Tami) Buschling of Ladue, MO; along with many nieces and nephews, special relatives, and friends.

Larry (and Pam) graduated from CCR-1 in 1966 and from Northeast Missouri State College in 1970.

Larry then received his Master’s Degree in Theoretical and Applied Mechanics from the University of Missouri in Rolla.

The family made many moves with Larry as he advanced in his career of engineering, gaining honors and respect for both his abilities and his character.

Larry’s career also let him and Pam share and enjoy the ability to travel to many parts of the world.

When Larry retired in 2008, he enjoyed spending winters in Florida, time near his parents, playing golf, and playing cards.

Larry enjoyed and took great pride in his grandchildren’s musical and sports activities.

His greatest joy of all was “adventuring” in the RV with family and friends.

In July 2013, Larry was diagnosed with Idiopathic Pulmonary Fibrosis, which could only be cured by transplant.

His family and the remarkable staff at the Falk Clinic at UPMC Hospital, notably Dr. Silpa Kilaru, got him put on the transplant list, and in January of 2014 he was gifted a second chance at life by the generous donation of new lungs in a successful bi-lateral lung transplant.

Larry shared in an additional six and a half years of life owing to that donor, his doctors, and the care and dedication of his family and friends.

A celebration of life will be held on May 28, from 5-8 PM at the Wilson and Triplett Funeral Home in Kahoka.

A memorial service will be held on May 29, starting at 10 AM at the Wayland Methodist Church.

Ed Nelson will officiate the service.

Pianist will be Lynn Summers. Inurnment will follow in the St. Paul Cemetery.

The family invites everyone to join back at the Wayland Methodist Church for a meal following the services.

Memorials in Larry’s name may be made to the Wayland Methodist Church, St. Paul Cemetery, or the American Lung Association.