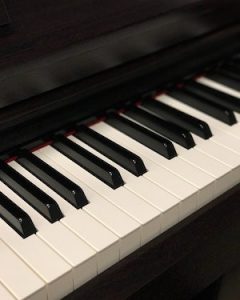 He graduated high school from Capital Hill High in Oklahoma, and obtained his bachelor’s degree from The University of Oklahoma in music education.

Survivors include his sister, Brunell (Edwin) Wester of Austin, TX, and one brother, James Pritchett of Overland Park, KS.

He is preceded in death by his parents, one brother, Daniel Pritchett, and one sister-in-law, Deanna Pritchett.

There were no memorial services. Memorial contributions in Thomas’s name were suggested to the Keokuk Humane Society and could be sent to the Wilson and Triplett Funeral Home.

You are invited to share your memories of Thomas and leave a condolence at www.wilsontriplett.com.