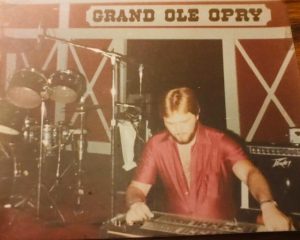 Bruce was a member of the Musicians Union in Nashville.

He loved playing traditional country music and was an amazing self-taught steel guitarist.

Bruce had played with numerous bands over the years most notably Ronnie Milsap and Johnny Paycheck.

He performed throughout the country at well-known venues including the Grammys, the Kennedy Center and numerous times at the Grand Old Opry in Nashville, TN.

Most of all he enjoyed spending time with his family.

He was preceded in death by his grandparents, Farold and Leta Brooks and Ben and Iva Elder.

Visitation will be held from 11 a.m. – 1 p.m., Saturday, May 22 at the Vigen Memorial Home in Kahoka, Missouri with the family meeting with friends at that time.

A funeral service will be held at 1 p.m., Saturday, at the Vigen Memorial Home in Kahoka, Missouri.

Burial will be in the Chambersburg Cemetery.