A fiery semi accident on Hwy. 27 (Avenue of the Saints) south of Wayland blocked the southbound lane on Tuesday afternoon. At about 4:15pm, the Wayland Fire Department was dispatched to Hwy. 27, near Running Fox Elementary School, for a rollover accident with a truck on fire.

The accident took place at the Hwy. 61 interchange, between off and on ramps. The Missouri State Highway Patrol directed southbound traffic onto the exit, and they could re-enter the highway and continue.

It is believed there were no serious injuries in the incident.

We will add to this report when the MSHP posts the crash report online. 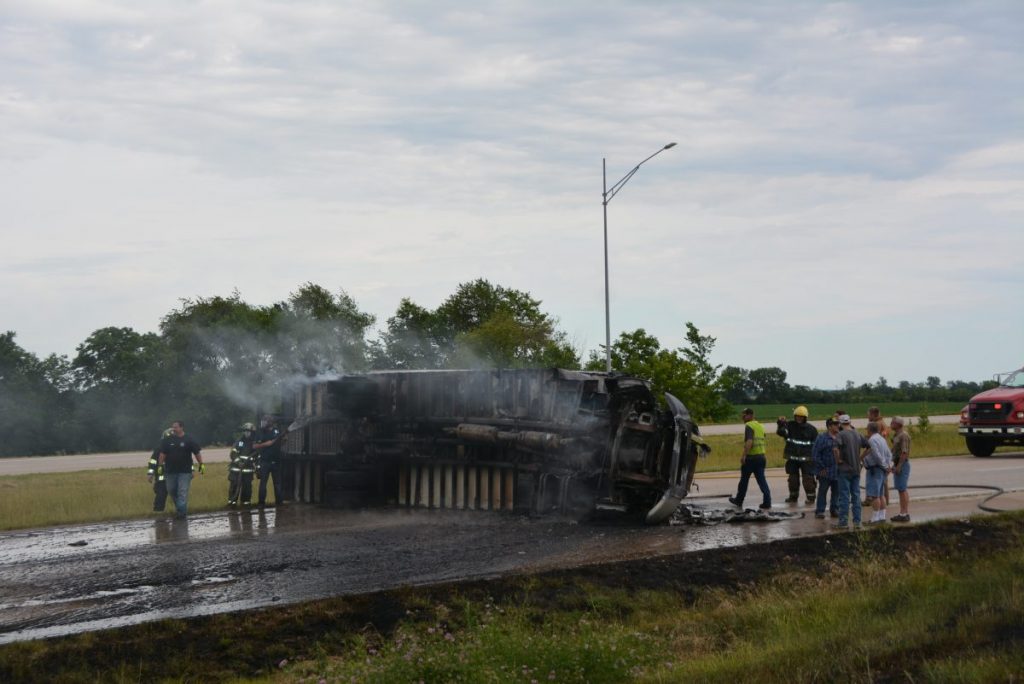 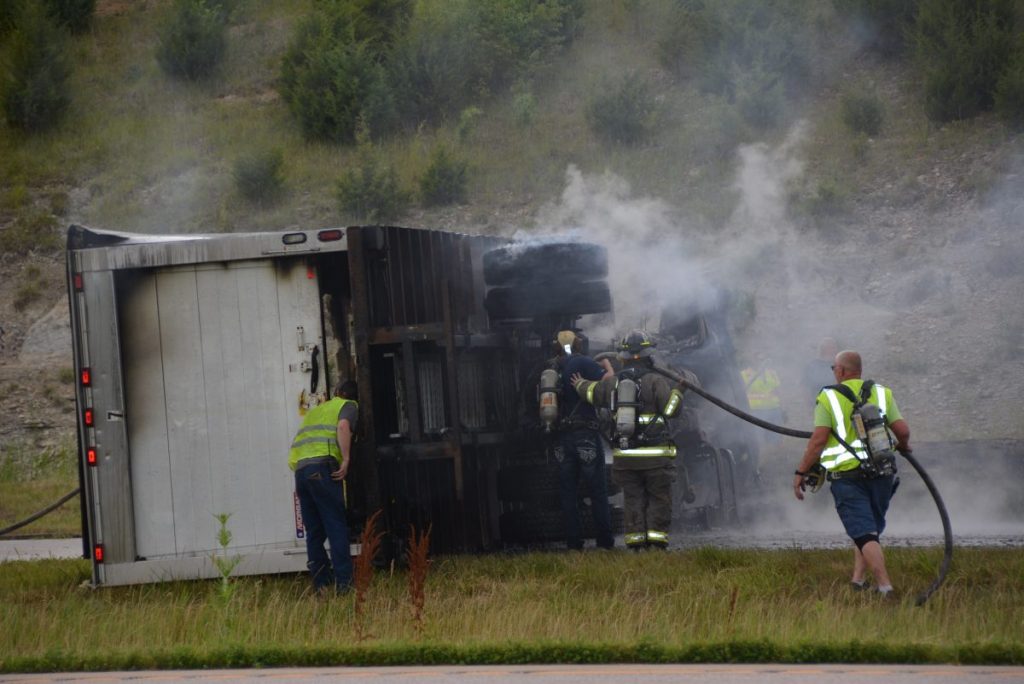 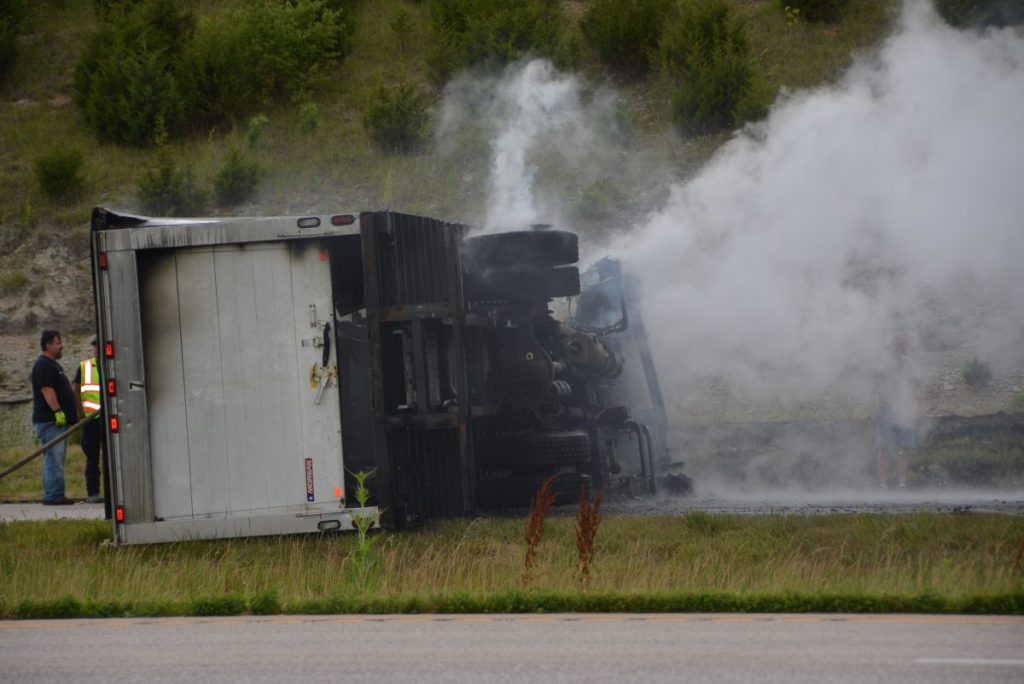 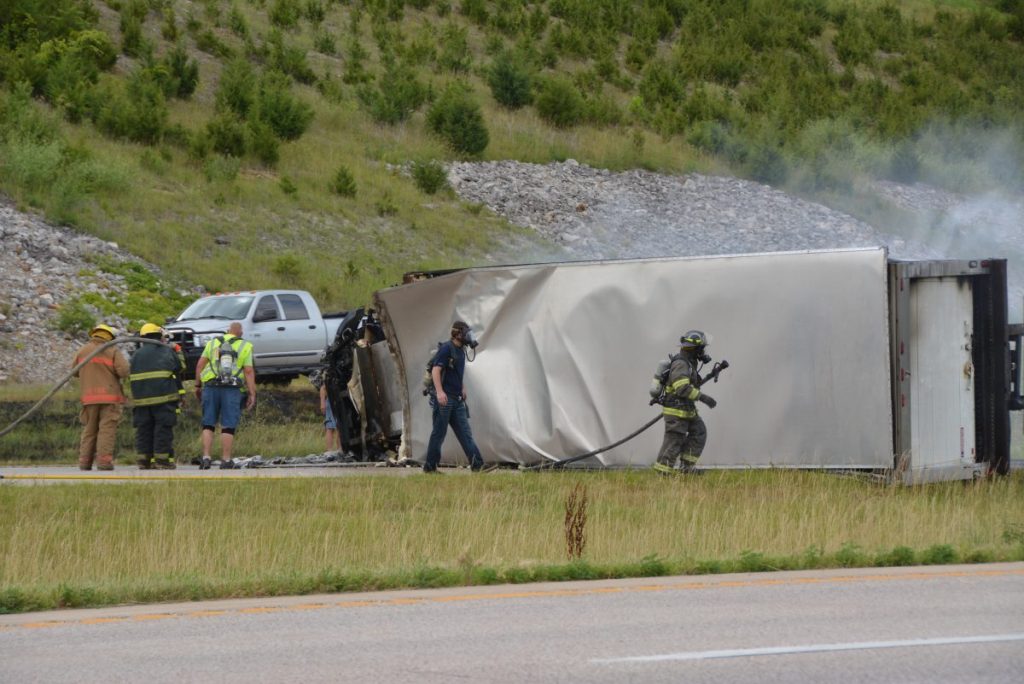 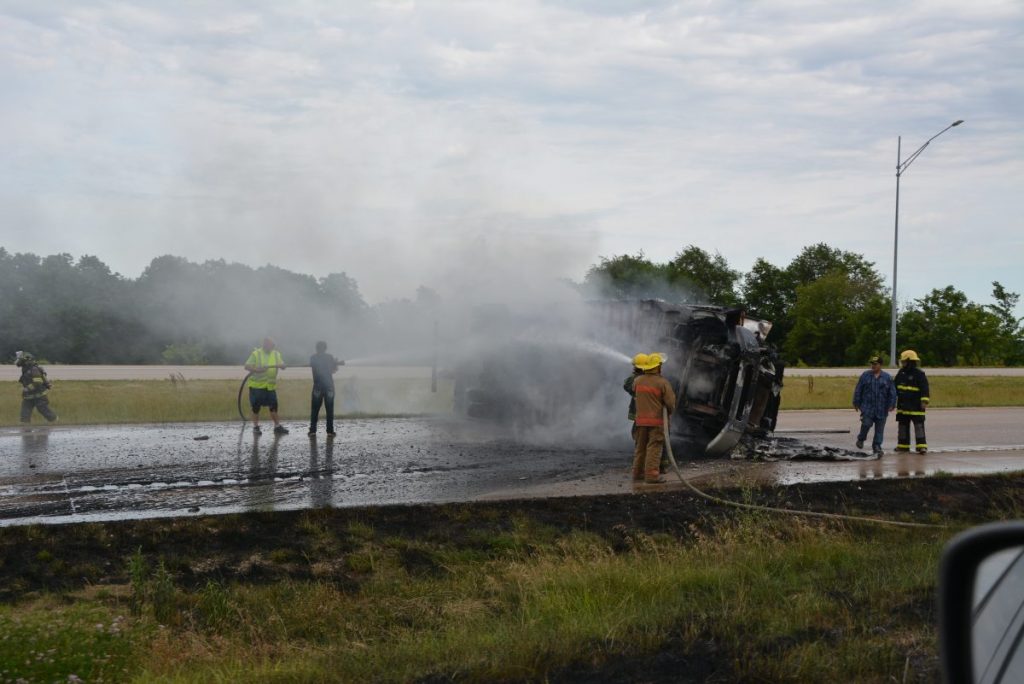 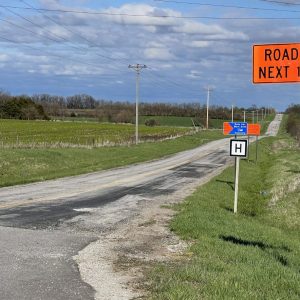 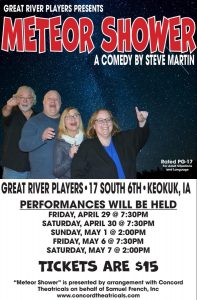