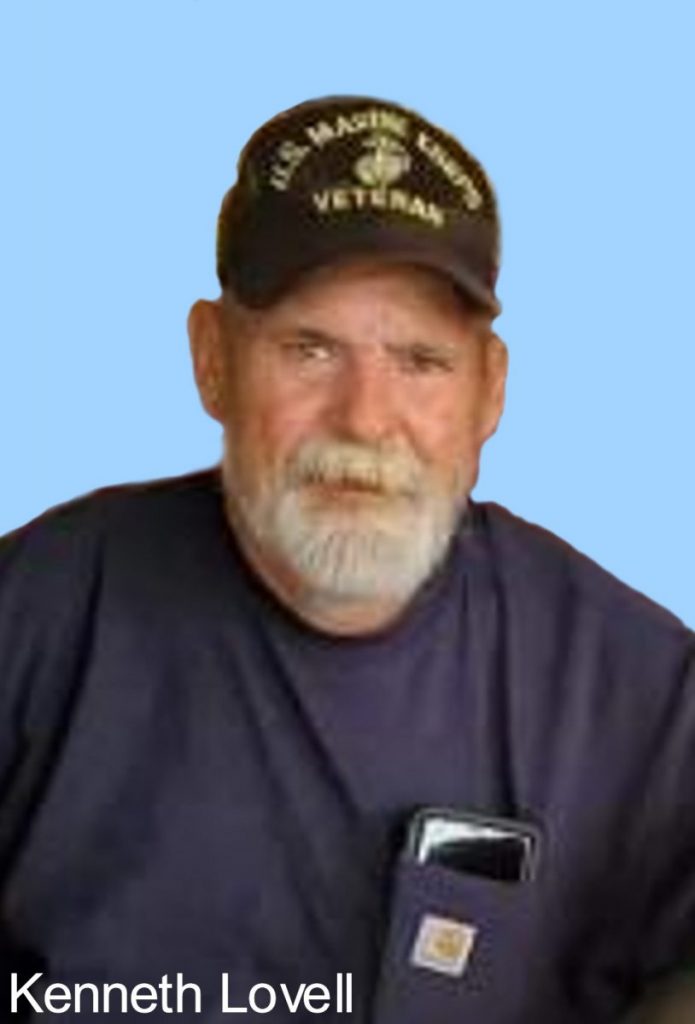 He was born August 29, 1951 in Keokuk, IA the son of Kenneth Leonard, Sr. and Wilma Mae Nicol Lovell.

Kenneth was a veteran of the United States Marine Corp and proudly served his country during the Vietnam War, where he earned the Rifle Marksman Badge, the National Defense Service Medal and a Letter of Appreciation for his service.

On April 17, 1974 Kenneth was united in marriage to Cynthia Mae Mullen in Moline, IL.

He was preceded in death by his parents, one brother, John Klayton Lovell, two sisters, Sandra Michalec and Violet Cady and two grandchildren, Jasmine Lovell and Jaxton Lovell.

Kenneth graduated from Southeastern Community College in Keokuk and completed the Diesel Mechanics and Welding programs.

Kenneth had been employed by Goss as a press operator and at West Side Transport, both in Cedar Rapids, IA and by Foote Mineral in Keokuk for ten years.

He was a member of Twisted Cat Outdoors Catfish Club which is a catfish tournament club.

Kenneth was an avid NASCAR fan and Dale Earnhardt was his favorite driver.

He was an outdoorsman at heart and enjoyed fishing.

He traveled to many fishing tournaments with the Twisted Cat Outdoors Catfish Club through the years.

He loved spending time with his grandchildren and go on camping and fishing trips with them at Lake Show Me in Memphis, MO.

A graveside service with military rites will be held at 10 a.m., Tuesday, at the Keokuk National Cemetery.

The procession to the cemetery will leave from Vigen Memorial Home at 9:45 a.m.

Visitation will be held after 1 p.m., Monday, at the Vigen Memorial Home in Keokuk, IA with family meeting with friends from 5-8 p.m.