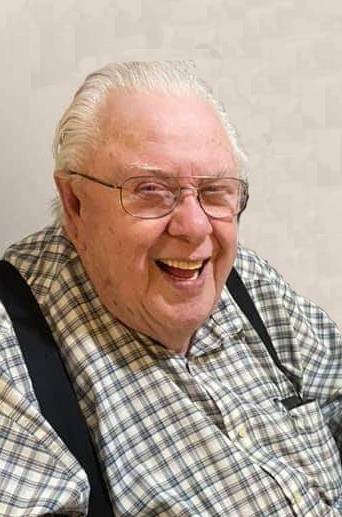 He was born November 19, 1938 in Keokuk, Iowa the son of Glenn and Wanda Arnold Whitaker. He graduated from Revere High School with the class of 1957.

On August 7, 1959 he was united marriage to Shirley Walker at the Wayland Methodist Church in Wayland, MO. After forty-four years of marriage Shirley preceded him in death on April 30, 2003. On October 9, 2005 he married Martha Laymon and she survives.

He was also preceded in death by his parents, one daughter Beth and a half-sister, Betty Fox.

Gary worked for Montgomery Wards and Gardner Denver. He ran Whitaker Auction Service, WW Wholesale and a van service for the Amish.

He was a member of St. Martha’s Catholic Church. He was on diocese counsel for eight years.

In later years, he left the Catholic Church and became a gospel minister with Freedom in Christ Fellowship in Kahoka, Missouri.

He was active in the community and was a member on the Clark County Ambulance board serving as vice president and president.

He was also on the Wayland Housing board and the Clark County Council on Aging along with working on several of the early mule festivals.

He was also a member of the Revere fire department, the American Society of Quality Control, and the Knights of Columbus.

He worked with addicts trying to give them support through Jesus Christ.

He was also involved in the nursing home ministry with Kevin Eagle and George Lemaster.

He enjoyed hunting and fishing, his family and grandchildren and he also enjoyed cooking at the nutrition site in Kahoka.

He always said he was a very rich man and was blessed. He liked to use the words of this old song to show how much he was blessed, “There’s a roof up above me, a warm place to sleep, food on my table and shoes on my feet, what more could a man ask for.”

Funeral service will be held 2:30 p.m., Tuesday at the Vigen Memorial Home in Kahoka.  Burial will be in the Revere Cemetery.

Visitation will be after 1:00 pm, Monday with family meeting with friends 5-8 pm at the funeral home.

Memorials may be made to the donor’s choice.