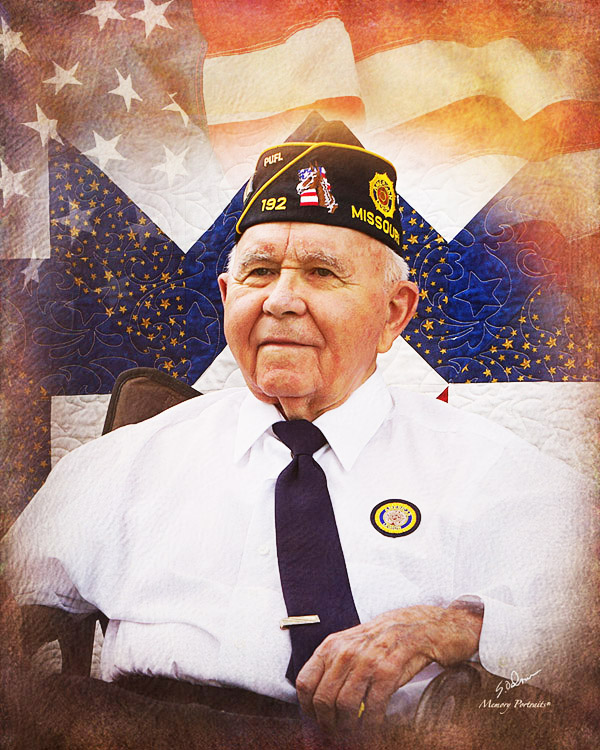 Milton Neumann Krueger, 92, of Kahoka passed away at 4:03am at Scotland County Hospital on September 13, 2021.

He departed in the company of his family and loved ones.

Milton Neumann Krueger was born on September 28th, 1928, at the Krueger family farm in Kahoka to Clester and Elsa Krueger.

He attended Kahoka High School and graduated in 1946.

He attended Elmhurst College in Chicago for two years, then transferred to the University of Missouri in Columbia where he received his BS in Animal Husbandry in 1951 and was a member of Alpha Gamma Sigma.

Milton served in the Korean War under SCARWAF, (Special Category Army with Air Force) as an Administration Specialist and attained the rank of Corporal.

After being discharged in November of 1953, Milton went to Nebraska to visit his army buddy Dick Vette, and while there met Dick’s younger sister Doris.

On October 24, 1954, Milton was united in marriage to Doris Marie Vette at Zion Lutheran Church, in Doris’s hometown of Albion, Nebraska.

Together they raised four children: Susan, Steven, Charles, and Sondra, who blessed them with fourteen grandchildren and ten great-grandchildren.

In the mid-70s, Milton began clerking at the Kahoka Sale Company, a position he inherited from his father.

He enjoyed the work and held the position for over thirty years.

He was an active member of St. Paul’s United Church of Christ, where he sang in the choir.

He had a beautiful voice, and the family loved listening to him read story books and Bible verses aloud.

In July of 2020, Milton received a Quilt of Valor honoring his service in the war.

When asked by his grandchildren what he thought was the greatest invention of the twentieth century, he replied, “Hooded sweatshirts,” because it kept his ears warm while on the tractor.

He was preceded in death by his parents, Clester and Elsa Krueger, and his grandson, Derrick Nutt.

Cremation rites have been accorded.

A memorial service will be held at St. Paul United Church of Christ on October 30 at 11:00 A.M. with family present at 10 A.M. until the time of services.

Full military honors will be provided by the American Legion Herman Blum Post #192 and the VFW Post #4342.

An inurnment will follow in the St. Paul Cemetery.

Arrangements are being handled by Wilson and Triplett Funeral Home in Kahoka.

Memorials in Milton’s name may be made to the Clark County Rural Fire Dept., the Heifer Project Intl. Inc., or St. Paul UCC Backpack Ministry.

You are invited to share your memories of Milton and leave a condolence at www.wilsontriplett.com.