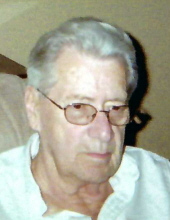 He was born on July 6, 1940 in Keokuk, IA, the son of William Ralph and Francis Kathern Wilkens LeMaster.

Harold graduated from Revere High School with the Class of 1958. He attended Southeastern Community College in Keokuk.

On December 31, 1958, Harold was united in marriage to Jessie Roseann Dennison in Keokuk. She survives.

He was preceded in death by his parents, his in-laws, Russell and Gladys Reed, one daughter, Dana LeMaster, two brothers, Donald LaMaster and his wife Margerite, and Tom LeMaster, three sisters, Barbara Holtkamp, Leona Rampley and husband Gene, and Velma Dickwisch and husband Jack.

Harold had been employed at Sheller Globe in Keokuk for ten years, and then worked at Stone Container in Keokuk until his retirement in 2000.

He was a member of the St. Francisville United Methodist Church.

Harold enjoyed boating and skiing on the river.

He loved to ski and was a very good one-footed skier.

He was an avid Kansas City Chief fan and never missed a game on TV or the radio.

He was also a fan of the St. Louis Cardinals. Harold loved to go on family vacations to Branson, taking his boat and spending time on the lake.

It was time spent with family that Harold treasured most.

Funeral services will be held at 1 p.m., Tuesday at the Vigen Memorial Home in Kahoka with Pastor Shawn McAfee officiating.

Burial will be in the Sand Cemetery in St. Francisville, MO.

Visitation will be held after 1 p.m., Monday at the Vigen Memorial Home in Kahoka with the family meeting with friends from 5 – 7 p.m.

Memorials may be made to the St. Francisville United Methodist Church.