Martha Leona Six, 59, of Kahoka died Sunday, August 21, 2022 at her home after a long courageous battle of pancreatic cancer. She was surrounded by her children and husband.

She was born July 1, 1963 the daughter of Fred Eugene and Norma Jean Crutchlow Whitehead in Keokuk, IA,

She was employed with Dadants in Kahoka.  She than became a stay at home mom and raised her children.  After Aaron graduated high school she pursued her dreams of becoming a beautician and purchased the Main Attraction.

She loved doing people’s hair and making them feel their best.

Marty was a talented musician and could pick up an instrument and start to play it.  She loved everything about music.  She loved living on the farm especially watching the beauty of her horses and her family riding them.  The highlight was being able to ride the horse she helped break.  Most of all her family was her pride and joy.

She was preceded in death by her parents, and a brother, Michael Clifford.

A gathering of remembrance will be held from 2 – 4 p.m. Saturday, August 27 at the Peaksville Christian Church.  Burial will be held at a later date. 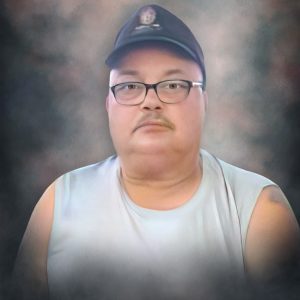