The Clark County Indians put 20 run up on the scoreboard in two games this week.

On Monday, the Indians hosted a rematch against the Canton Tigers.  Tiger Kegan Birck hit the first of his three home runs on the first pitch from Gabe Howe.  The next Tiger batter singled, and Howe struck out the third batter he faced.  Drew Holsted made a diving catch deep in left center field for the second out, and the next Canton batter was thrown out at first.

In the bottom of the first, Koy Nixon doubled, and Carter Briscoe singled.  Both scored on an Aaron Day double, and Clark County took the lead 2-1.

Canton added three runs in the second, and four more in the fourth inning.  Clark County rallied in the fourth.  Eli Elam and Sam Wheeler scored on a Kaden Hamner double, and Holstead hit a solo homer to make the score 8-5,

Canton added a pair in the fifth, and so did Clark County, as Aaron Day was walked and scored on a Lucas Eddleman home run.  Canton pulled away for good in the sixth, adding four more runs for the 14-7 loss.

Monday night was also Senior Night, and Indian seniors Aaron Day and Sam Wheeler, along with senior manager Elly Hamner, and their parents, were recognized.

On Friday, The Indians traveled to Brashear.

After a scoreless first inning, Aaron Day singled and stole second.  Gabe Howe popped out, and Lucas Eddleman struck out.  Sam Wheeler walked, and Eli Elam singled to score Day.  Drew Holsted doubled to bring in Wheeler and Elam.  Holsted scored on a double by Tristen Pitford, and Clark County took a 4-0 lead.

The Tigers scored on run in the bottom of the second.

Carter Briscoe single to lead of the third inning, and advance to third on a Day single.  Gabe Howe reached base on an error, bringing Briscoe across the plate.

Lucas Eddleman hit a hard grounder and reached on an error.  Day and Howe scored.

Eddleman was caught stealing, and Wheeler was thrown out at first. Elam singled, and Holsted struck out the end the inning.

Brashear added a single run in the bottom of the inning, but after three, Clark County led 7-2.

Pitford singled in the fourth, and Nixon hit into a double play.  Briscoe grounded out.

In the fifth, Day reached base on an error after hitting a hard grounder.  However, he was picked off at first.

Howe homered to make the score 8-2.

Clark County added another run in  the sixth inning, as Pitford walked, then stole second.  Pitford scored on a single by Day.

Clark County added four more insurance runs in the seventh inning.  Hamner walked,  Zander Johnson took his place on base, and Wheeler singled.  Johnson and Wheeler advanced on a wild pitch.  Johnson scored on an Elam ground out..  Wheeler would scored on a error that allowed Nixon to reach first.

Brashear added two in the bottom of the seventh, but Clark County came away with the 13-8 win. 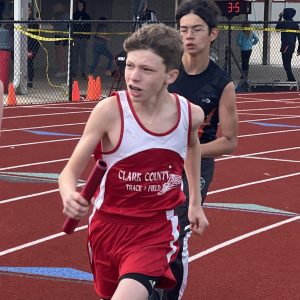 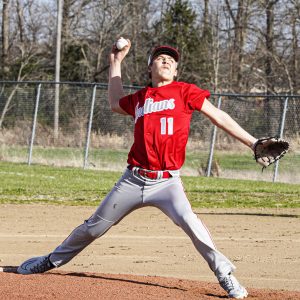