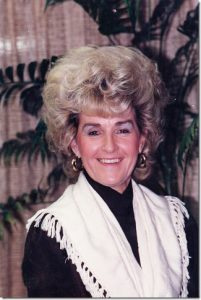 She had been married to Lloyd “Wimpy” Brammer and they were the parents of two children, Penny and Teresa.

She was preceded in death by her parents; a brother, Glenn Mohr; and, long-time companion, Glen Wilsey.

She was employed by Henniges in Keokuk for 43 years at her retirement.

Dora Lee grew up on a farm in rural Clark County and she enjoyed being a farm girl, including milking cows and all of the chores associated with farm life and being “daddy’s girl”!

She liked to work in her yard and especially mowing after working all day in an office and following her retirement.

She was raised in the “old school era” where you worked hard, you took care of your family and offered hospitality to others.

She was also a hands on mom and loved birthdays, Christmas, and being with her family.

She and her children and two grandchildren were raised and confirmed in St. Paul United Church of Christ in Kahoka.

Her faith was important to her and she faithfully read her Upper Room each and every day.

Special music was recordings “How Great Thou Art”, “Peace in the Valley” and “Mansion Over the Hilltop”.

Burial was in the St. Paul Cemetery.

Visitation was held at Wilson Funeral Home in Kahoka after 9 a.m. Wednesday with family receiving friends from 6-8 p.m.

Memorials were suggested to St. Paul United Church of Christ in Kahoka.