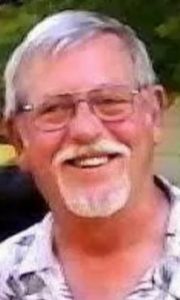 He graduated high school in 1967 and joined the army where he served in South Korea.

He enjoyed fishing, camping, snowmobiling, tinkering on cars, motorcycles, and tractors, he also enjoyed airplanes and flying and spending time with his friends and family.

In honor of Danny’s memory, his friends and family will be having a “Celebration of Life” on April 25, 2020, at……a location to be determined……