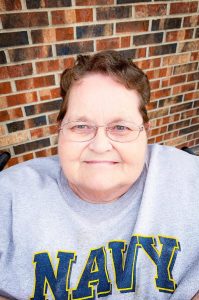 Mae graduated in 1970 from Wyaconda High School. In her younger days, Mae worked for Dr. Simler in Gorin, MO as his assistant and then as a cook for Wyaconda C-1 schools and then Scotland County Care Center.

The majority of her life was spent working on the family farm where she could be found doing anything and everything from mowing hay to chasing cows.

Her heart and devotion, however belonged to her family.

The joy she found in her children, grandchildren, and great grandchildren was immeasurable. She worked hard, she loved deeply, and she cared for everyone.

She was preceded in death by her parents, two brothers, Robert Wayne Webster and Master Chief James Webster and two great grandchildren, Jaxson and Reid McKinney.

Visitation was held from 2 – 4 p.m. Friday,  at the funeral home with the family meeting with friends at that time.

Memorials may be made to the New Woodville Cemetery.