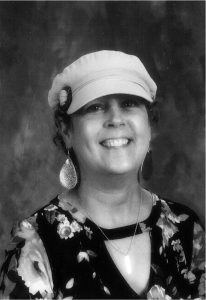 Kathy Mae Courtois, age 50, of St. James, Missouri, passed away of complications from metastatic breast cancer on Thursday, October 15, 2020, at home surrounded by her family.

She was born February 5, 1970, at St. Joseph Hospital in Keokuk, Iowa, the daughter of Guy Earl and Doris Annetta (Dunning) Spence.

She was united in marriage to Mark Patrick Courtois on October 4, 1997, at St. Michael Catholic Church in Kahoka, Missouri. St. Michael is the church where she was baptized and celebrated her First Communion and Confirmation.

Kathy was raised in Kahoka, Missouri, and graduated from Clark County R-1 High School in 1988.

Kathy received her associate’s degree from Southeastern Community College in Keokuk, Iowa, in 1990.

She then continued her education at Central Missouri State University in Warrensburg, Missouri, receiving her Bachelor of Science in Education degree in 1993.

In 2002, she received her Master of Science in Education degree from Southwest Baptist University in Bolivar, Missouri.

Kathy’s first teaching position was during 1994-95 at Meadville R-IV in Meadville, Missouri.

In the fall of 2003, she began teaching at Lucy Wortham James Elementary in St. James, Missouri, and was a preschool teacher at Tiger Cubs Early Childhood Center until her death.

Kathy was diagnosed with breast cancer in February 2014.

After enduring chemotherapy and surgery, she was just beginning radiation treatments when her mother – a two-time breast cancer survivor and inspiration – lost her fight with leukemia.

However, by the end of the year, the cancer had returned.

This time it was metastatic breast cancer, and there was no cure.

During the next five years, Kathy was always in treatment of some kind to keep the cancer at bay.

Most did not realize this, and that is how Kathy wanted it.

When school was in session, she was adamant that appointments be in the afternoon, so that her students would miss as little “Mrs. Kathy” academic time as possible.

Kathy powered through so many days while battling side effects but, again, very few knew.

Kathy hated it when a treatment would cause her to lose her hair.

People noticed hair loss. During these times, Kathy’s coworkers rallied around her and wore hats in support. Her students, sweet & resilient, accepted the hats without question. That kept Kathy strong.

In true Kathy fashion, do not remember what took her…remember the strength that kept her here to give so much.

Kathy loved the family she formed – her husband Mark and children Seth & Alexis.

She was their biggest supporter and cheerleader.

Spending time with them was important, and she rarely missed family gatherings.

She worked tirelessly to create wonderful lessons and pushed both her students & coworkers to do their best.

Her greatest wish was to see her students succeed and be prepared for the next level.

Kathy loved deeply and put her trust in God until the end.

Friends called from 2 – 5 p.m. at the St. James Chapel of the James & Gahr Mortuary in St. James on Sunday,October18,2020,withaRosaryserviceat5p.m.

Memorials are suggested to Tiger Cubs Memorial or a college fund for Alexis. An account for Alexis has been established at Maries County Bank in St. James.