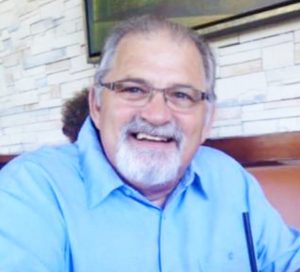 Jonathan (John) W. Brown, formerly of Branson West, MO, transitioned peacefully to his heavenly home from his earthly home of Savannah, TX on November 25, 2020 with his beloved wife and his three sons by his side. Even though cancer had invaded his body,
it never diminished his love for his family and friends, and he felt their love surrounding him in his final days.

John was born on February 10, 1946 in Keokuk, IA to Fredric and Edith Sherwood Brown of Kahoka, MO. Growing up in Kahoka, John was well known in his small community, a member of numerous basketball and baseball teams and Student Council President.

During his days at Kahoka Senior High, he met the love of his life and future wife, Pamela (Pam) Hustead.

After graduating high school in 1964, John went on to graduate from Missouri State Teachers College in Kirksville, MO in 1968.

During his time in Kirksville, John and Pam married on May 27, 1967, in Kahoka which both have said was the hottest and happiest day of their young lives.

While completing his student teaching and coaching, John was drafted into the US Army in 1969.

John and Pam moved to Fort Leonard Wood, MO where they welcomed their first son, Shannon Joel, on May 11, 1969.

John served until 1971 when he received an honorable discharge as E-5.

After leaving the Army, John and his family moved to life on beautiful Table Rock Lake in Kimberling City, MO.

In Kimberling City, John worked for the US Army Corps of Engineers and joined the Reeds Spring school system as a teacher and coach in 1972.

During his tenure at Reeds Spring, John was focused on helping every kid to succeed and he was a positive influence on hundreds who were under his care.

On January 28, 1982, John and Pam expanded their small family with a second son, John Ryan.

They happily welcomed their third son, Brandon Michael, on September 21, 1983.

John’s love of sports and his desire to allow opportunities for not only his sons
but all kids, resulted in him helping to establish the first youth baseball program in Kimberling City.

These teams enjoyed great success and John’s influence continued through youth sports
for many years.

After retiring from education in 1989, John opened a Farmers Insurance Agency.

He served the Table Rock Lake community in this capacity until 2010.

In 2016, John and Pam left their home of 45 years and moved to Texas to be closer to their three sons and significant others and their grandsons.

He also was the oldest member of a softball team, which he loved participating in with Shannon, Brandon and their friends who became like family.

John was an amazing husband, Dad and “Papa”.

Over his lifetime, he was also a father figure to many others, whom he loved.

He was a giant among men and a diehard St. Louis Cardinals fan.

He was kind, loving, generous, and the perfect role model.

He will be sorely missed but the impacts of his life will be felt by many that he leaves behind.

John accepted Christ as his savior in 1967 and was active in Promise Keepers, Sunday School, and children and youth ministries over the years.

A celebration of life for family and friends is planned for early 2021 in Branson, MO.

In lieu of cards or flowers, the family is collecting donations for the Reeds Spring Youth Activities Program to offset costs for children to participate in youth sports in the school system that John served and loved dearly.