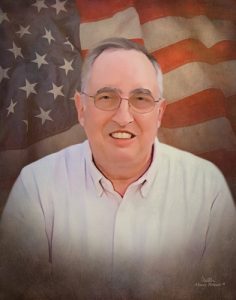 He was born on February 2, 1952, at the St. Joseph Hospital in Keokuk, Iowa, the son of the late Otho Edward & Hazel Ione (McClain) Gilbert.

He was stationed in Fort McClellan, Alabama.

After his service for his country Richard attended college at Hannibal-LaGrange, earning an Associate Degree in Instrumental & Vocal Music, and graduated in 1976.

He then went to the School of the Ozarks, where he obtained his Bachelors of Arts in 1978, later in his life he attended a Bible School in South Bend, Indiana, to become a licensed minister, to which he used his studies to minister at the Revere Community Church in 1991 and 1992.

Richard married Teresa Lunt August 7th, 1993, and after ten years of marriage they became foster parents to which they fostered seventeen children the first year.

In 2006 they adopted their first son, Daniel Edward.

In 2007 they adopted their son Dustin Edward and daughter, Violet Ann Marie.

Richard had an enormous amount of love for his three children and admired them greatly.

He loved music and enjoyed playing the piano.

Richard was a devoted Christian man, being a member of Crossview Church in Keokuk for many years, but after moving to Memphis for a short time he was attending the Pentecostal Church in Memphis.

He later subbed at Ft. Madison, Keokuk, Clark County and Holy Trinity for a total of twenty-two years in the teaching profession.

He is preceded in death by his parents, and one sister, Joyce Johnson.

Military and Funeral services honoring the life of Richard will be conducted at 2:00 pm on Sunday, February 21, 2021, at the Wilson & Triplett Funeral Home in Kahoka.

A visitation will be held from 1:00 pm until the time of services on Sunday.

Interment will follow in the Kahoka Cemetery. Shawn McAfee will officiate the service.

Memorial contributions in memory of Richard Gilbert aresuggested to the Kahoka Cemetery.

You are invited to share your memories of Richard and leave a condolence at www.wilsontriplett.com.