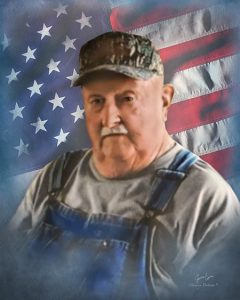 He was a graduate from Keokuk High School. He married Martha (Fuchs) Porter on June 3, 1966 and she survives.

William was employed by Sheller-Globe as a foreman until his retirement.

He loved fishing, deer and turkey hunting, and found great enjoyment in farming.

Martha and William had a farm at their house outside of Wayland for many years and considered it his second job.

William enlisted in the Navy on June 3, 1952, and served a total of exactly eight years.

Besides his parents, William was preceded in death by his three sisters, Rose Mary Porter, Joan Seabold, and Patricia Elder, and one daughter-in-law, Jane Porter.

There will be no services at this time, a burial of ashes will be held at a later date in the Frazee Cemetery.

Memorial contributions in memory of William are suggested to the Keokuk Humane Society.

You are invited to share your memories of William and leave a condolence at www.wilsontriplett.com.