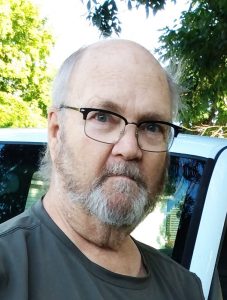 The son of Elvin and Theresa Schmidt Handy was born on September 21, 1946 at South Bend, Indiana.

He liked spending time with his family, going hunting, fishing and tending to his garden.

He also liked to cook and spend time outside, watching birds and enjoying nature.

He was preceded in death by his parents, a sister, Liz Poisal and two brothers, Bill and Bob Handy.

A memorial visitation will be held Wednesday, March 17, 2021 from 4 until 7 PM at Arnold’s Funeral Home in Lewistown, Missouri.

Inurnment will be in the Lewistown Cemetery.

Online condolences may be left at www.arnoldsfuneralhome.net.