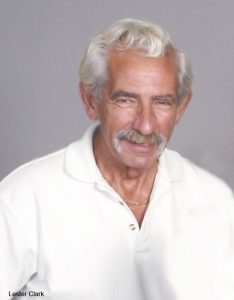 He was born December 4, 1944 in Keokuk, IA the son of Floyd Wayne and Helen Atwater Clark.

Lester graduated from Keokuk High School with the class of 1962.

On December 6, 1986 he was united in marriage to Jeanie Louise Walker in Wayland, MO.

He was preceded in death by his parents, one sister Neoma Winn, mother-in-law, Wanda Walker and two brothers-in-law, Tom Hendricksmeyer and Tom Engler.

Lester was a member of First Christian Church in Keokuk.

In his younger years, Lester had been employed by Higgins Grocery Store and by Montgomery Ward.

Lester later was employed by Sheller Globe/Henniges in Keokuk for forty-two years until his retirement in 2008.

He grew up in the best years and with the best music and cars.

After his retirement, Lester spent many hours mowing yards.

He also enjoyed traveling to Florida and walking on the beaches.

Lester was a loving husband, the best father, grandfather and his family was the most important aspect of his life.

A funeral service will be held at 11 a.m., Saturday, at the First Christian Church in Keokuk, IA with Pastor David Turner officiating.

Burial will be in the Oakland Cemetery.

Visitation will be held after 1 p.m., Friday, at the funeral home with family meeting with friends from 5-7 p.m.

Masks are required for those who have not been vaccinated.

Memorial may be made to the First Christian Church or the donor’s choice.