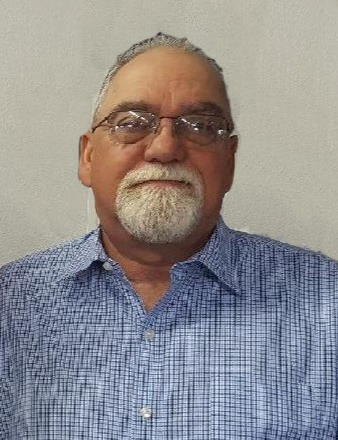 He was born April 19, 1953 in Mendon, MO, the son of P. Perry Sr. and Edith Maxine Jacobs Masden. He was first united in marriage to Nancy Johnson. To this union Ed, Kristi and Ann were born. They later divorced. On April 9, 1988, he was united in marriage to Pam Allen in Kahoka. She survives.

He was preceded in death by his parents and his sister, Alberta McNamar.

Jr. was employed with BNSF railroad for forty-two years before he retired in April of 2013.

He was a member of the United Methodist Church in Kahoka.

He was a wonderful, devoted husband, dad and grandpa who leaves his family a lifetime of wonderful memories.

He always put his family first and was available to help and share in the activities of his children.

He was an enthusiastic fan of all his grandchildren’s school and sporting activities. Jr. loved to travel and never missed an opportunity to take off on an adventure especially on his motorcycle with his wife, family and friends.

A funeral service will be held 11 a.m., Tuesday at the Vigen Memorial Home in Kahoka. Burial will be in the Kahoka Cemetery.

Visitation will be held after 1 p.m. Monday with the family meeting with friends from 5 – 7 p.m. at the funeral home.

In lieu of flowers, memorials may be made to the Clark County Local Cancer Fund.

Online condolences may be made to the family at www.vigenmemorialhome.com.