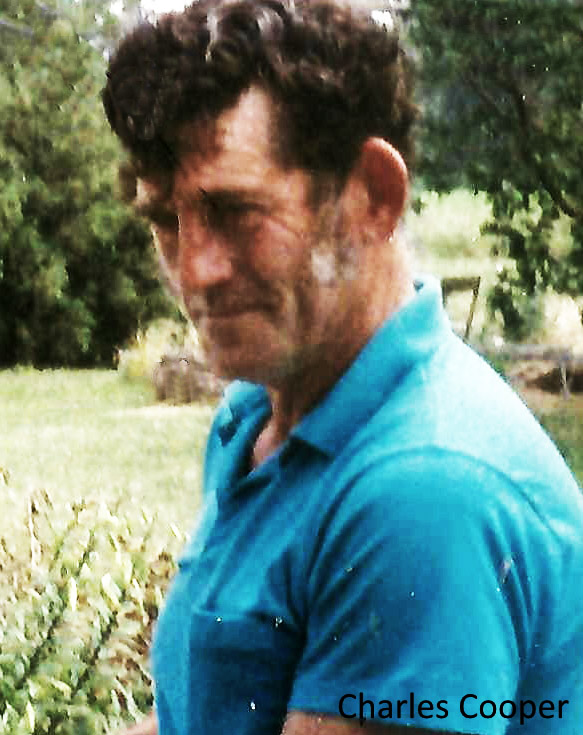 He was born on July 15, 1943 in Alexandria, MO, the son of Dexter and Hilda Ruth Garrett Cooper.

He married Sarah Lewis in 1964 and they later divorced.

Charles had been employed at Electro Metals in Keokuk and then at Keokuk Steel Casting until his retirement.

He was of the Baptist Faith.

Charles enjoyed the outdoors and spending time hunting for deer and turtles, fishing and trapping for furs.

He also enjoyed playing horseshoes and was always up for a good fight.

He loved animals, especially his cat, Rita and his dogs, Spencer and Dog.

He is survived by one son, David Lorentzen of Nebraska, two daughters, Sarah Cooper and Sherry Cooper both of Keokuk, four step-sons, Kenny Spurgeon and Raymond Boyd both of Keokuk, Jeff Boyd of Kahoka, MO and John Brown of St. Francisville, MO, one step-daughter, Samantha Brown of Keokuk, many grandchildren and great-grandchildren, two nieces and one nephew.

A graveside service will be held at 2 p.m. Wednesday at the Buena Vista Mound Cemetery in Keokuk with Pastor George LeMaster officiating.

Visitation will be held on prior to the service on Wednesday from 1 pm – 2 pm at the Vigen Memorial Home in Keokuk with the family meeting with friends at that time.

Memorials may be made to the American Cancer Society.

On-line condolences may be sent to the family at www.vigenmemorialhome.com.